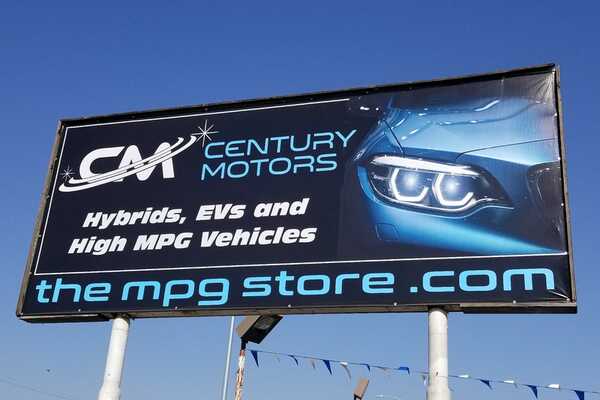 Century Motors is in San Joaquin Valley, Fresno where air pollution levels are mostly at a dangerous level. There has been an increased demand for electric cars and other battery electric cars, which are environmentally friendly. Century Motors Fresno is one of the first used car dealers of the region to specialize in primarily used electric cars & used plug-in hybrids. The Central Valley, California’s Agricultural hub, has historically been known for farming where residents primarily drive low MPG pick-up trucks and SUVs.

Electric cars are in high-demand these days mainly because of their low-maintenance and other long term costs. More and more people are now showing keen interest to buy EVs. At Century Motors, most of their customers are first-time EV buyers, having never previously owned an electric or hybrid vehicle. Their staff is very knowledgeable in EV’s and is trained to educate consumers versus selling to them. This makes the entire process easy and hassle-free in many ways.

Buyers are invited to browse through the website of the dealer or visit their store located at 276 N Abby Street, Fresno, CA 93701. There is a special section on their website which lists some of the top featured vehicles with their complete details and price. You won’t find $50K used Tesla’s at Century, but you will find affordable used electric cars between $13K-$28K.

To further assist with affordability, Century Motors also helps its customers get approved for government grants that provide up to $9,500 in free money towards purchasing a used EV or plug-in hybrid using programs such as the Valley Clean Air Now (Valley CAN, www.valleycan.org).

Electric cars, like the Nissan Leaf, available at Century can go 90 miles on a charge. The company also has used plug-in hybrids that include the Honda Clarity, Fusion Energi and Chevy Volt – all of these come with a plug-in charge with a range of about 30 miles and a gas range of about 350-400 miles. The electric miles are great for in-city driving, while the gas miles are great for longer distances.

Hundreds of people have purchased cars from Century Motors Fresno, since its founding in 2017, but they lost a lot of their Google reviews when they moved to their new location on Abby Street. One of their happy customers Celeste says –

“Josh and his team work hard to get you into a car no matter what your situation is.  I was never approved for financing at any dealership I went to but was referred to Josh and it all changed.  The first place they tried did not approve me, but Josh did not give up and helped me get approved for financing, something no other dealership was able to do.  Thanks Josh and team for helping me achieve my goal of getting an electric car.”