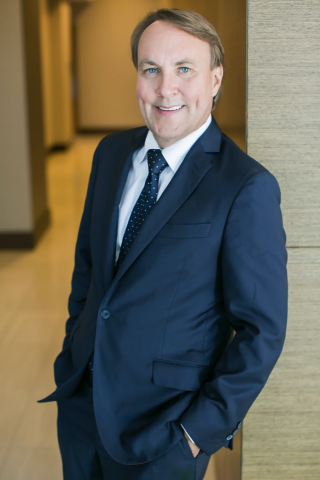 This powerful new film warns about the vulnerability of America’s power grid and calls on officials and the public to act ASAP.

Austin, Texas – May 10, 2022 – Most Americans take for granted the grid providing electricity to power our coffeemakers, recharge iPhones, fuel laptops, and keep movies playing on flatscreen TVs. According to David Tice, Producer and Director of the new documentary, Grid Down, Power Up, that’s a big mistake and the stakes are grave. With the invitation of Texas State Senator Bob Hall, Tice is presenting a free Early Capitol Screening of the film to legislators, their staff, and interested members of the public at the Texas Capitol Building Auditorium on Wednesday, May 18, at 1 PM. The presentation of the 50-minute documentary, narrated by actor Dennis Quad, will be followed by a panel of experts active in the issue.

“If you look at the pandemic, you can see that America is a society tending not to be proactive enough,” points out Tice. “It just waits for something bad to happen before acting. With the invasion of Ukraine, we can see that there are bad guys out there, and they are willing to go after civilian targets. We can’t wait any longer on protecting our grid.”

Besides the power grid’s vulnerability to a physical attack, other threats explored in the film include a solar (geomagnetic) storm taking it down, cyber terrorism and an electromagnetic pulse resulting from a nuclear bomb.

The film’s stark warning about the power grid is centered on how essential it is in meeting Americans’ basic needs. For example, without power over an extended period, municipal water supply systems would go down, and humans need water every three days to survive. Under such conditions, Tice predicts civil unrest – with the clearing out of 7-11s and your neighborhood grocery stores to follow. No trucks would arrive to replace inventory. Many people would perish.

“We will be transitioning the film into a movement,” says Tice. “We are calling on the populace to rise up and say, ‘We need to fix this!’ We need better regulation over our utilities. Higher standards for protection of the grid. And a cabinet level Federal official to be appointed with the responsibility to protect our power infrastructure.”

To RSVP for the Grid Down, Power Up Capitol Screening and Panel, email: Rebecca Willis, at Rebecca.Willis@senate.texas.gov, Office of Senator Bob Hall. The screening is scheduled for Wed., May 18th, 1 PM, in the Texas State Capitol Building Auditorium (E1.004), 1100 Congress Avenue, Austin, TX 78701. This event is free and open to legislators, their staff and the public.

To join the effort to secure the grid, visit https://GridDownPowerUp.com/ where you can watch the trailer, get further informed on the issue, and learn of letter-writing and other campaigns. The documentary Grid Down, Power Up will premiere at the Freedom Fest conference, on Friday, July 15, in Las Vegas as part of the Anthem Libertarian Film Festival.

“Texas State Senator Bob Hall has long been an advocate for grid protection,” notes Tice. “I am grateful for his involvement in the film, and for giving us this opportunity to spread the word about the documentary and the issue. This problem is fixable. But we need citizens to demand that we have a protected infrastructure. See the movie. Get involved.”

Addendum – Panelists at 5/18 Capitol Screening of Documentary Grid Down, Power Up

Texas State Senator Bob Hall (Host) is a graduate of The Citadel in Charleston, SC, with a degree in Electrical Engineering. Over his career, he was worked to protect the Minuteman Missile II System from Soviet electromagnetic pulse (EMP) threat, and helped develop the military’s EMP detection devices. Presently, he is focused on ensuring Texas is protected from high-impact threats.

Producer/Director David Tice has been developing this important documentary, Grid Down, Power Up, over the past two years. He was also the Executive Producer and Financier of the motion picture Soul Surfer, which starred Dennis Quaid. Tice is President of Tice Capital.

Dr. Peter Vincent Pry is Executive Director of the Task Force on National and Homeland Security. He has authored three books highlighting the EMP issue, including Blackout Warfare: Attacking the US Electric Power Grid, A Revolution in Military Affairs (2021). Dr. Pry holds a PhD in Defense and National Security Policy from the University of Southern California.

Frank Gaffney is Founder/President of the Center for Security Policy (CSP) in Washington, DC. He served as the Deputy Assistant Secretary of Defense for Nuclear Forces and Arms Control Policy under Reagan. Gaffney also hosts the CSP-produced national security and defense-focused shows, Secure Freedom Radio and Securing America (TV).

Command Sergeant Major Michael Mabee (US Army Ret.) has studied and written extensively on the vulnerabilities of the US electric grid to a variety of threats. He has participated in Federal rulemaking related to grid security and is the author of The Civil Defense Book – a plan for communities to prepare for and survive a long-term power outage.

Lieutenant Colonel Eddie K. Stamper Jr. (USAF Ret.) was selected in March 2019 to create the Joint Base San Antonio Electromagnetic Defense Initiative by the USAF Air Education and Training Command. The civilian/military organization he founded was selected as a National Electromagnetic Pulse Pilot Test in support of guarding critical infrastructures against threats.

Tommy Waller is the Director of Infrastructure Security at the Center for Security Policy (CSP). His duties include educating policymakers at the Federal level in all branches of government and working daily with renowned national security experts. One of the most urgent areas of concern for the Center is the vulnerability of the US Electric Grid.