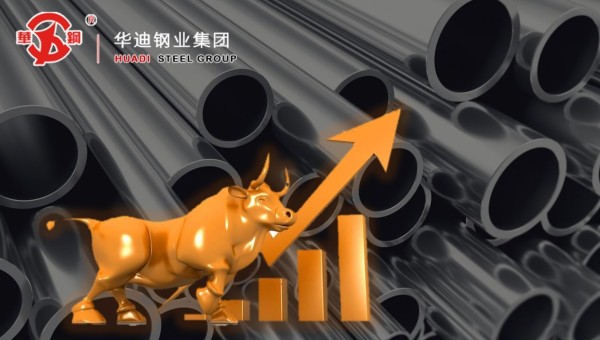 Huadi International has achieved gratifying results in fiscal year 2021 and has a great potential to soar.

The main reason for the growth of Huadi International’s revenue in fiscal 2021 is caused by the strong demand in the building materials market and the shortage of market supply under the background of the epidemic. According to the data released by the National Bureau of Statistics of China, in 2021, the total retail sales of consumer goods reached 440823 billion yuan, an increase of 12.5% year-on-year. Among them, the retail sales of consumer goods such as construction and decoration materials reached 196.7 billion yuan, an increase of 20.4% year-on-year. As the market with the largest proportion of Huadi International’s sales, the market demand growth of construction and decoration materials consumer goods will undoubtedly inject the backbone of Huadi International’s fiscal year 2021 and even fiscal year 2022.

Under the influence of the epidemic, on the one hand, the growth of demand in the building materials industry has brought certain market opportunities, on the other hand, it has indeed brought about rising raw material prices, industrial power curtailment, exchange rate fluctuations, rising sea freight prices and other factors that are not conducive to the development of enterprises. Huadi International’s operating costs were also affected, rising to $8.74 million. However, due to the pressure of the epidemic, some enterprises have stagnated in production and operation, releasing a lot of backward production capacity and market share, which has also brought more growth opportunities to enterprises that have resisted the pressure.

Huadi International’s business performance in FY2021 is satisfactory, which shows that they have made great efforts to sustainably operate their business and represents the market’s recognition of Huadi product quality and Huadi brand awareness.

Partners from all over the world, the strong join hands with the strong

Huadi is a fast-growing “beast”

Huadi International is a “beast” that grows in the face of adversity, and in addition to the successful fiscal year 2021, we should see more of his development potential. Under the support of its own strong strength, Huadi International can be described as a step by step, not only absorbing the valuable opportunities and market share released by the internal market, but also singing all the way in the external market, creating a miracle of 44.2 growth. Although it is also under the pressure of increasing operating costs under the influence of the epidemic, when the dark clouds dissipate and operating costs return to normal, Huadi International will show its “sharp teeth and claws” and lay more territory in the vast market jungle.