Features the premiere of Everhart’s new limited edition print “Back In My Arms Again”. Exclusive to Ocean Blue Galleries.

Everhart is Available For phone and on-site Interviews 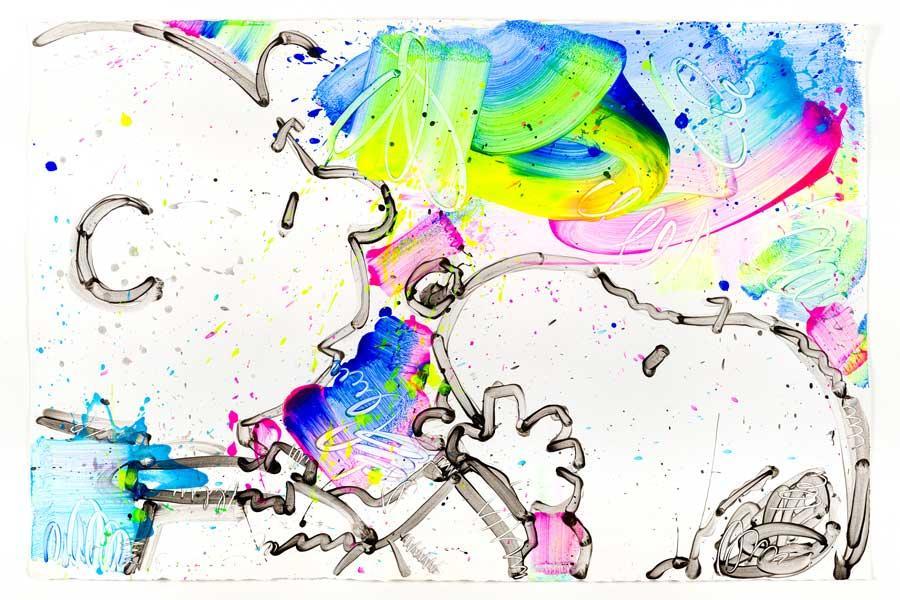 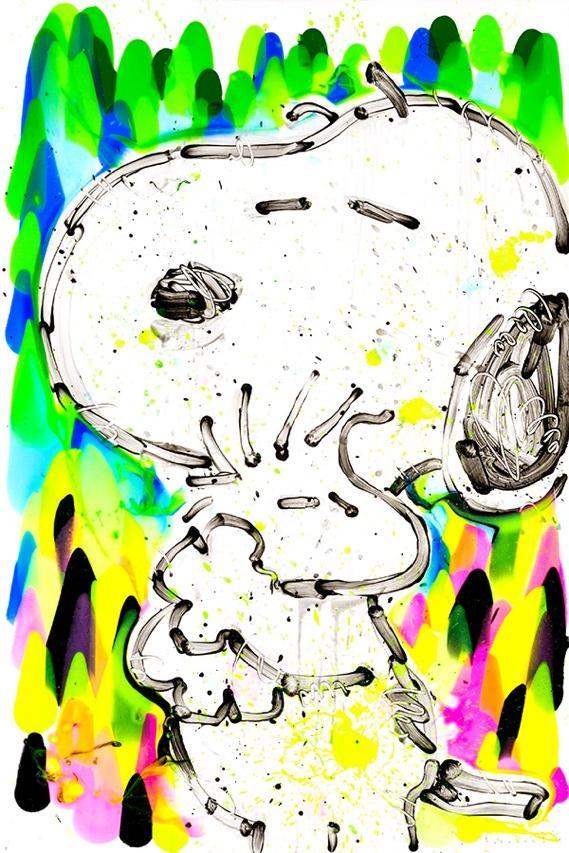 This extraordinary Collection of works will be on exhibition and available for acquisition at the venerable Ocean Blue Gallery in Winter Park. www.oceanblue.gallery beginning February 3 through Feb 24, 2022.

Everhart painted under the influence of and was educated by legendary Peanuts © creator Charles Schulz. Schulz encouraged Everhart to carry forward his comic strip creations to the fine art form – and to extraordinary results: Everhart’s Peanuts © related work went on to show in the gallery, and museum shows around the world, including the Louvre in Paris. Charles Schulz said of Tom and his work, “Tom makes me feel better about what I do than almost anyone else. Especially since I consider him so capable”.

Artwork is available for acquisition, and the artist reception is open to the public.

Everhart will be present to sign his three available catalogs of art to collectors.

Artist’s Public Appearance is open and complimentary to the Public.

or visit the event page https://www.oceanblue.gallery/gallery-artists/tom-everhart/ 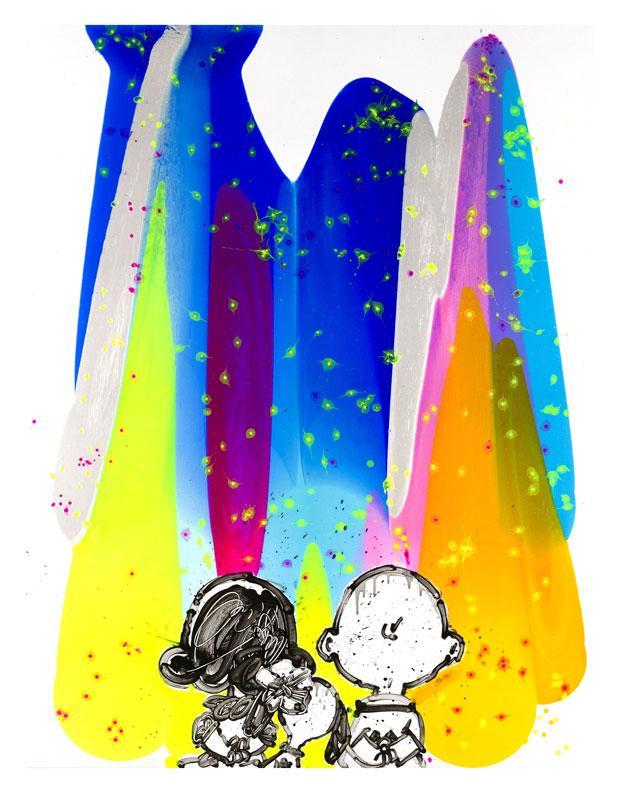 Tom Everhart was born on May 21, 1952 in Washington, D.C. He began his under-graduate studies at the Yale University of Art and Architecture in 1970. In 1972 he participated in an independent study program under Earl Hoffman at St. Mary’s College. He returned to the Yale School of Art and Architecture in 1974 where he completed his graduate work in 1976, followed by postgraduate studies at the Musee de l’Orangerie, in Paris. He taught Life Drawing and Painting, briefly from 1979 to 1980, at Antioch College. This exhibition is greatly inspired by the Artists’ years in New York spent with and inspired by fellow Artists Jean-Michel Basquiat and Andy Warhol, among others. 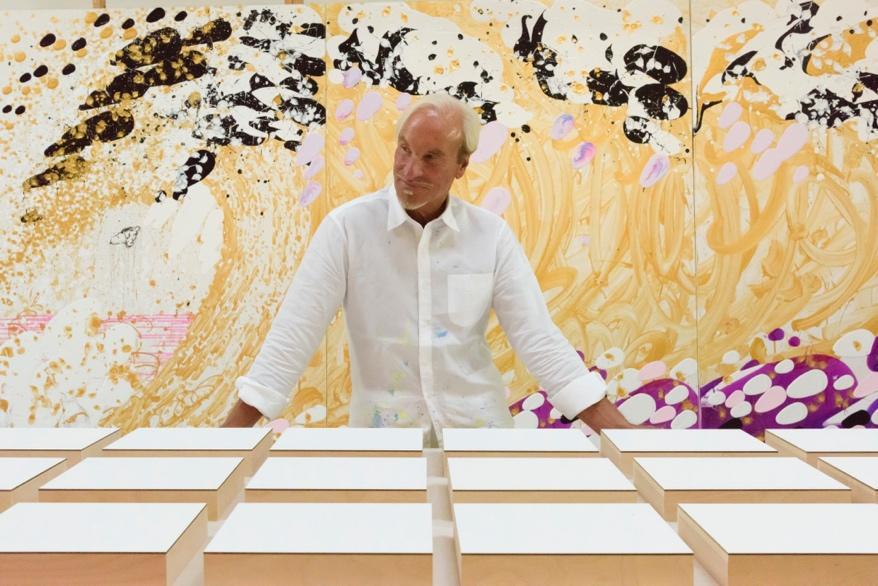 Tom Everhart was the only fine artist granted permission by Schulz to use the Peanuts© characters in his paintings.

In 1980, Tom Everhart was introduced to cartoonist Charles M. Schulz at Schulz’s studios in Santa Rosa, California. A few weeks prior to their meeting, Everhart, having absolutely no education in cartooning, found himself involved in a freelance project that required him to draw and present Peanuts© renderings to Schulz’s studios. Preparing as he would the drawings and studies for his large-scale skeleton / nature-related paintings; he blew up some of the cartoonist’s strips on a twenty-five foot wall in his studio which eliminated the perimeter lines of the cartoon box, leaving only the marks of the cartoonist. Schulz’s painterly pen stroke, now larger than life, translated into painterly brush strokes and was now a language that overwhelmingly connected to Everhart’s own form of expression and communication. Completely impressed with Schulz’s line, he was able to reproduce the line art almost exactly, which in turn impressed Schulz at their meeting. It was directly at this time that Everhart confirmed his obsession with Schulz’s line art style and their ongoing relationship of friendship and education of his line style.

A few years later, while still painting full-time on his previous body of work in his studio, Everhart began drawing special projects for Schulz and United Media, both in New York and Tokyo. These authentic Schulz-style drawings included covers and interiors of magazines, art for the White House, and the majority of the Met Life campaign. When Everhart was not painting, he was now considered to be the only fine artist authorized and educated by Schulz to draw the actual Schulz line. Museum of Art, Osaka, Rome, Venice, Milan, Minneapolis, Baltimore, New York, Houston, Chicago, Las Vegas, and in Santa Rosa California at the Charles M. Schulz Museum. 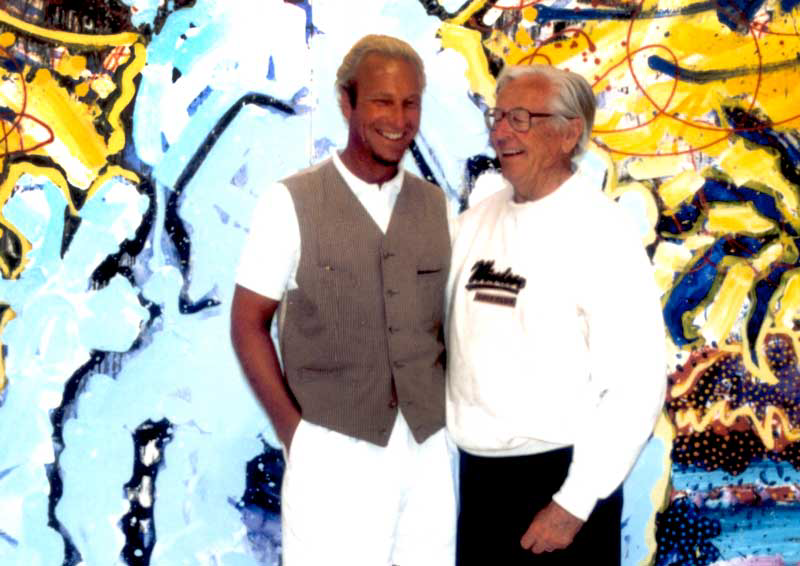 The paintings using Charles Schulz’s comic strip, Peanuts©, as subject matter began and replaced the skeleton and nature-related paintings in 1988. The inspiration came to Everhart in Johns Hopkins Hospital, where he was undergoing several operations for stage 4 colon/liver cancer in the summer of 1988. Everhart recalls lying in a hospital bed surrounded by enough flowers to open a florist shop, piles of art books and a stack of Peanuts© comic strips sent to him by Schulz. The light streaming in from the window almost projected the new images of his future Schulz-inspired paintings on the wall. All the images in Everhart’s work are in some respect derived from Schulz’s Peanuts© comic strip.

In January 1990 Everhart’s Schulz-related work went on to show at the Louvre in Paris and subsequently in Los Angeles at the L.A. County Museum of Natural History, Montreal at the Museum of Fine Arts, Tokyo, Japan at the Suntory Museum of Art, Osaka, Rome, Venice, Milan, Minneapolis, Baltimore, New York, Houston, Chicago, Las Vegas, and in Santa Rosa California at the Charles M. Schulz Museum.

In 1991, Charles Schulz and United Media drafted a legal agreement to allow Tom Everhart to use visual object matter from Schulz’s Peanuts© strip in his art.

In 1992, Pigpen’s Dirtballs a 72″ x 128″ painting was filmed with the artist in progress for the CBS special “The Fabulous Funnies”. A series of four lithographs were published in 1996 and a series of four more lithographs entitled, To Every Dog There Is A Season followed in 1997. Over the next ten years, S2 Art editions and Tom Everhart would create an astonishing body of lithography work consisting of over seventy-four lithographs.

In 1997, Snoopy, Not Your Average Dog, published by Harper Collins, featured an essay and reproductions of Tom Everhart’s Schulz-inspired paintings.

In 2000, his first solo museum show was launched at the Suntory Museum of Art in Tokyo and Osaka, Japan. The Exhibition traveled to five other locations in Japan until the year 2002.

In a Charles M. Schulz tribute, CBS designed an entire sound stage, comprised solely of Everhart’s paintings, that were used with host Whoopi Goldberg, throughout the hour-long special in May of 2000.

After Charles Schulz passed away in February of 2000, it left Everhart with a deep sense of loss and an even stronger desire to communicate the incredible gift bestowed on him by Schulz.

Thus, in 2000 Everhart discovered French Polynesia, a small group of islands in the center of the Pacific Ocean. The ongoing trips between French Polynesia and Venice, California have had a significant effect on the paintings most easily observed in the luminous color palette. But, most importantly, it offered him a new way of seeing the work he was dedicated to continuing.

The Charles M Schulz Museum opened in August 2002, and the following year November 14th 2003 Everhart had the honor of presenting his works in a solo exhibition titled Under The Influence. He would also be included in the Museum’s 2011, Pop’d From The Panel exhibition along with Warhol and Lichtenstein.

In 2011 he exhibited 97 works, titled Crashing The Party a solo exhibition at the Animazing Gallery in New York.

Tom Everhart continues to lecture around the world on the artwork of Charles M Schulz and to communicate the unique collaborative relationship they shared, as a cartoonist and a painter. To this, he has dedicated his life.

After living in San Francisco, Paris, New York, Washington D.C., Baltimore, and London, in 1997 Tom Everhart moved to Venice California where he now lives with Jennifer, his wife, and director of their studio. Additionally, in 2000 and they started a part-time studio in French Polynesia.

Today, Everhart is the only fine artist educated and authorized by Charles Schulz to use subject matter from his Peanuts © strip to create fine art. 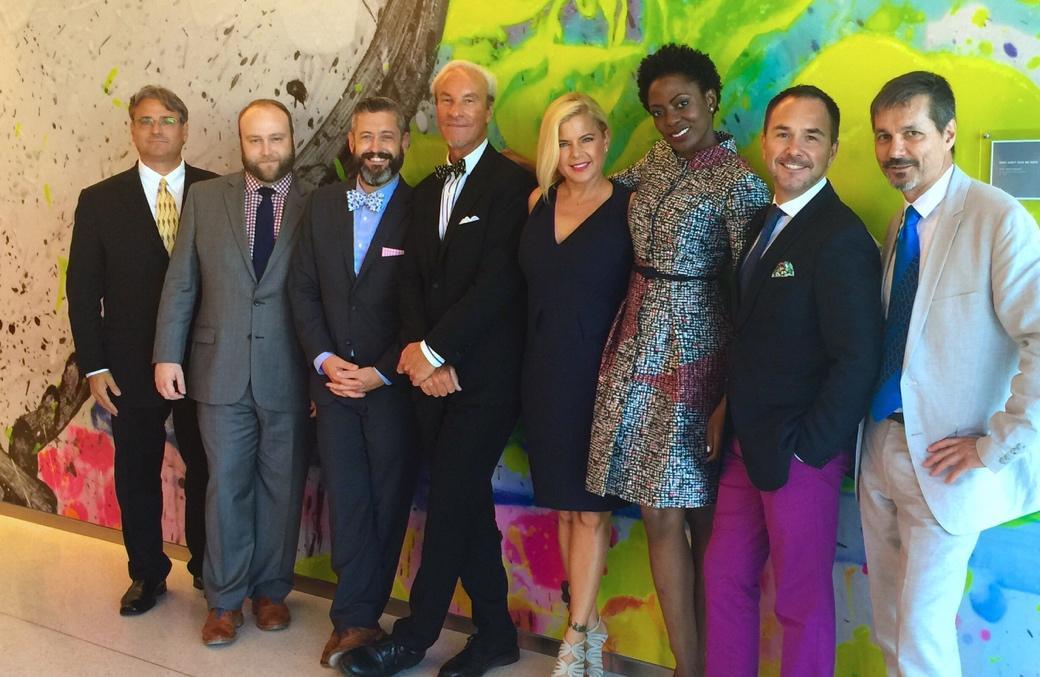 Tom Everhart with the Met Life team at the unveiling of their 285,000-square-foot headquarters in Charlotte NC – filled from top to bottom with his mural scale artwork as the central design theme.

All published Images are courtesy of Peanuts World Wide (c)

A full biography, b-roll, video clips, and 300 dpi photography are available upon request.