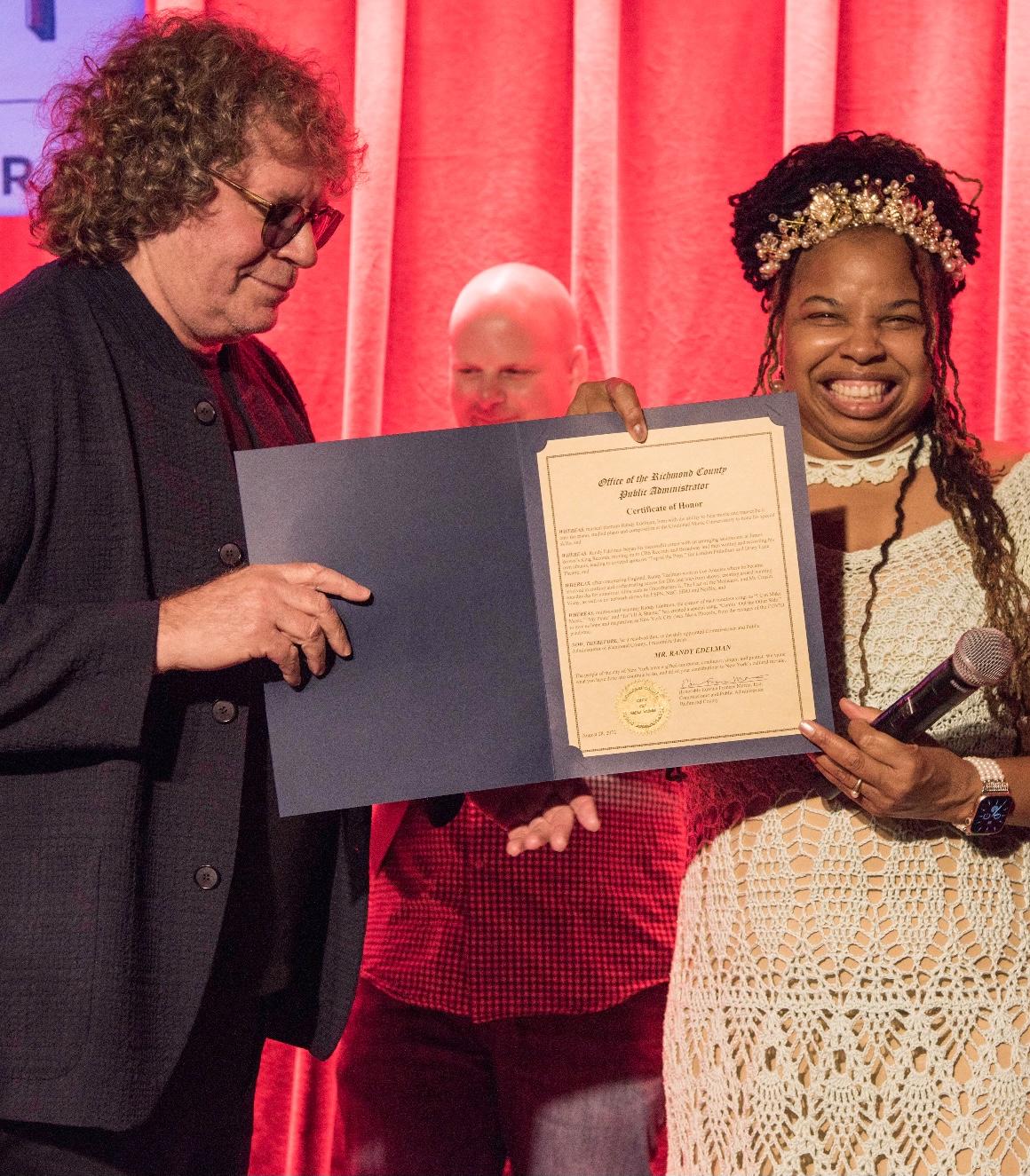 Musical chameleon, composer Randy Edelman, was surprised last Sunday evening in New York where just before his sold-out concert at The City Winery, he was presented with the honor of a proclamation from the city of New York thanking him for his many contributions to the cultural mosaic of the city.

As one of world’s most acclaimed musical visionaries of piano couture Randy Edelman’s career has spanned over 5 decades and is constantly continuing to flourish. Edelman is responsible for composing over 100 Motion Picture soundtracks including “Gettysburg,” “Dragonheart,” “My Cousin Vinny,” “The Mask” and a kaleidoscope of iconic pop hits such as “A Weekend In New England” (as recorded by Barry Manilow), “Isn’t It A Shame” (as recorded by Patti LaBelle), “My Place” (as recorded by Nelly), “If Love is Real” (as recorded by Olivia Newton John) and “You” (as recorded by The Carpenters).

Edelman was joined on stage by Commissioner, Public Administrator, Edwina Martin, and Andrew Kunkes, Director of Emergency Relief and Recovery, Community Affairs, Office of the Mayor of New York City.

The official website for Randy Edelman may be found at https://www.RandyEdelman.com